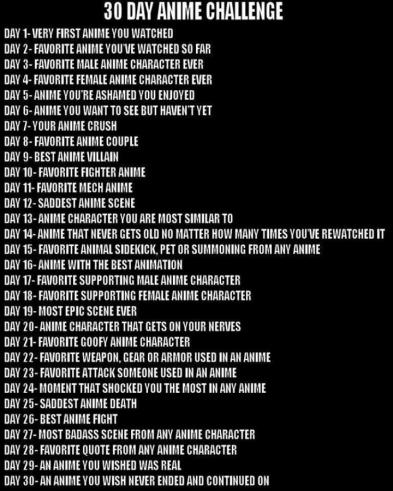 Re-examining the demands of this challenge, I realized that it’s really a challenge to write for each day. This one is even more difficult than the first! I tend to just think that *title* is my favorite adventure or food or sports or *genre* anime so I have a lot on my Favorite Anime list. Anyhow, as I promised myself that I will try my best to choose only one, I shall give only one title for this one.

After so much deliberation, I chose the one which I thought of first and foremost when I was skimming through the whole challenge: 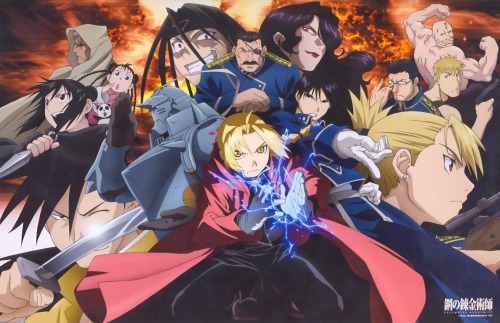 Brotherhood is the reboot of the series which was first adapted in 2003. This one was released in 2009 and followed the manga closely as compared to the first (but that’s still a good one). Written and illustrated by Arakawa Hiromu, FMA has a huge fanbase both in and outside Japan. The live action coming this December will be an avenue for the fans in Japan to have a copy of the special chapter of the series that Arakawa-sensei is releasing.

There is just so much I love about this anime. The story that follows Ed and Al’s journey to regain their bodies. The lessons they learned along the way as they met different loveable characters. The good mix of drama, comedy, action, and romance. The friendship built up between Ed and his team, as well as the deep bond between Roy and his team. The gradual growth that happened which I didn’t notice until I saw Ed being taller than Winry. Hologram, Shunkan Sentimental, again, and just every OP and ED and the whole of its soundtrack. Well-done animation by BONES. Park Romi, Kugimiya Rie, Nakamura Yuuichi, Miyano Mamoru, and the rest of the voice actors.

There’s much to love about it, though I admit that I would have liked for get to know more the other characters like Sheska (who, by the way, just disappeared), Fuery, Jean, and others. There’s some aspects that the 2003 FMA did that I missed, too. Anyway, this is not a perfect anime (not that there is one), but it has a lot of good things to offer for one to be entertained.

Surprisingly, I haven’t re-watched this series as much as I did with my other favorite anime series. Though I guess it’s because I mostly look for more light-hearted series whenever I re-watch? I mean, yes, FMAB has its fair share of well-timed humorous moments, but in general, it’s more serious talk Besides, whenever I re-watch it, I watch it all the way. No skipping or fast-forwarding unlike what I’m doing with others.

Now, I’m looking forward to the live action. I know there are mixed reactions but I will just wait silently (or not so much) here. For now I have hopes.