This marks the first post about a Chinese drama series on this blog and I hope I’ll be able to post about more drama series in the future. And to regulate them well, of course, is something I plan to do, too. Anyway, this series is suited for the romantics who don’t mind coming-of-age love stories. 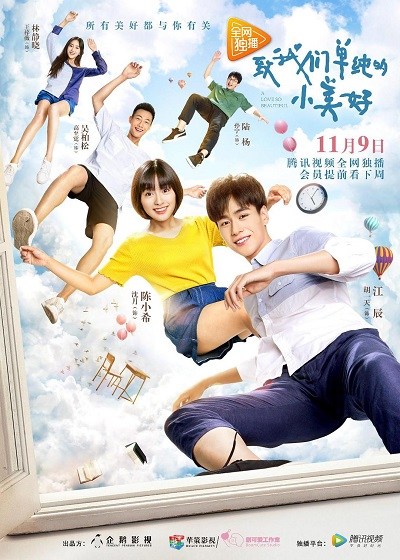 A Love So Beautiful is a drama series adapted from the novel “To Our Pure Little Beauty” written by Zhang Gangan. It aired from November 9 till December 7, 2017, with a total of 23 episodes, plus one special. The series stars Shen Yue and newcomer Hu Yi Tian.

Actually, the story is somehow a shoujo formula plot.

There’s this girl named Xiao Xi (Shen Yue) and she likes Jiang Chen (Hu Yi Tian). They are childhood friends who live in the same apartment complex. Jiang Chen is smart, with an IQ of 200. Xiao Xi, on the other hand, is not smart. She openly expresses her love for him. 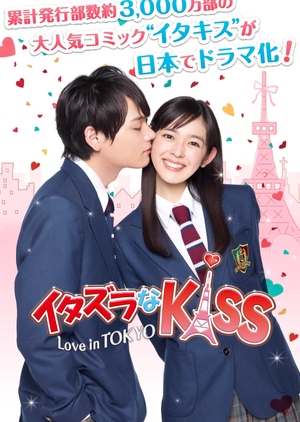 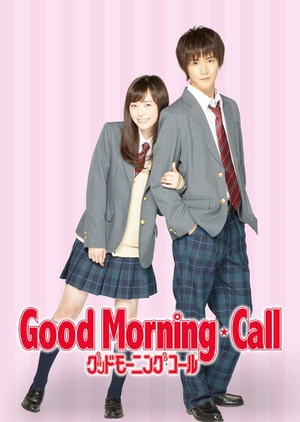 Sounds familiar? For those who know with the series Itazura na Kiss and Good Morning Call, they may think it’s going to be the same. To some extent, I think this novel is might be inspired by those older series.

But ALSB is also different from those two. For one, they don’t live together. Certain scenes prove that they have a good relationship with each other’s parents, though. In addition, the presence of their parents are important to their story, much like in reality as we face our everyday teenage life.

The way Xiao Xi and Jiang Chen’s love story progressed is different, too. While it’s clear from the get-go that Xiao Xi loves Jiang Chen and is willing to do a lot of things for him so that he would notice her, it’s also been made clear from the first episode what Jiang Chen’s real stand on this is. It’s important because his actions on the succeeding episodes have more impact and it makes Jiang Chen even more loveable.

And unlike ItaKiss’ Irie Naoki and GMC’s Uehara Takuya, Jiang Chen isn’t a mean jerk. True, he can be distant and blunt with his words, but he’s generally a nice and caring guy. He greets Xiao Xi when she greets him. He hangs out with the group and plays computer games with the guys. He helps classmates who asks for help. His family situation helps explain his character, too.

On the other hand, there’s so much I liked about Xiao Xi as compared to the female leads of the two aforementioned titles. While it can be said that Xiao Xi spent a huge chunk of her high school life pursuing Jiang Chen, it’s also true that that can’t define her. Xiao Xi has other interests and she enjoys them. She reads novels. She fangirls over a celebrity and even had a time when she became an administrator of their fan site. On top of those, she loves drawing.

I loved that no matter how much she likes Jiang Chen, she still had times when she got angry with him and expressed it through actions. Even if there are some frustrating parts around the end of the series, I liked how she responded on situations by the conclusion of the series.

So, those who hate Itazura na Kiss for Kotoko’s stupidity and Irie’s arrogance can be assured that there’s little trace of the same characters in this series. A Love So Beautiful’s main leads are flawed yet very human. 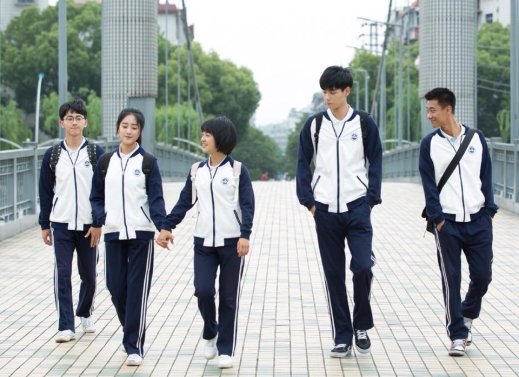 Members of the circle and their bond

The story starts on the year 2005, but time pass by gradually. Initially, the group are just a bunch of students who got to be together for the first time because of a certain unfortunate circumstance, but eventually, the bond among each of them grew to be a beautiful friendship. This group is composed of Xiao Xi, Jiang Chen, Lu Yang (Sun Ning), Wu Bo Song (Gao Zhi Ting), and Lin Jing Xiao (Wang Zi Wei).

At first, we see that Xiao Xi has a good relationship with Lu Yang who recommends her various novels to read. Lu Yang is a gamer, too. He isn’t really the sporty type because of certain situations, but he’s definitely a good and supportive friend. It’s amusing how he gets fooled by sketchy

Then, Xiao Xi becomes closer to Jing Xiao as they found out about a shared interest. She is that cool  and strong friend who is willing to defend you at times of troubles, even with all the risks and even if she herself is scared inside. It’s nice that she isn’t showed as purely a tough lady, though, because there are moments where she is shown as weak and vulnerable.

Then comes Bo Song who, while he’s just a transferee, got close to Xiao Xi early on the series. He is an athlete who aspires to be an Olympic swimmer. He genuinely cares especially for Xiao Xi and is willing to do anything just for her. And yes, he’s the cause of the second-lead syndrome others had while watching this show. Personally, though, I didn’t have that. Actually, I even thought that at times, he could be a bit pushy to the point that she feels discomfort. But yes, he’s still a loveable guy.

Then, of course, there’s Jiang Chen. He may not be the most talkative of them, but he is always present and ready to listen to them.

Xiao Xi may be the one who bound them together, but each of them has touching and/or amusing scenes with one another.  It is also touching to see them risk getting in trouble just to protect one another. They also help and support one another in the various circumstances they face in life, not just in high school, but even in the years after. Theirs is a friendship that stands even after they graduate high school and even university.

Ultimately, this series is a story of how Xiao Xi and Jiang Chen’s love develops.

As someone who loves subtle romance (even if at times they can be frustrating, too), most of the scenes I enjoyed are those which involve the simplest of gestures because I think that they are where we can see  easily the genuine feelings of a person.

Most of the story deals with the leads’ growing feelings. As Xiao Xi is expressive with her feelings, most of these little squeal-worthy moments come from Jiang Chen’s little slips of concerns and jealousy.

I’ve got a mixed feelings for this

As for the sound and music, I think they are perfect for setting the mood of this light-hearted show. I especially loved the opening song, the one I shared on this post. The ending theme song which is sang by Hu Yi Tian himself isn’t bad, too.

On the other hand, I still can’t get used to Chinese dramas having the actors’ voices recorded and synced with the video. There are times when it bothered me that the actors didn’t seem to open their mouth much, though their lines sounded like they should have bigger mouth movements. There are also times when they’re not synced at all! Like in episode 11, because the audio and video doesn’t sync well in one particular scene, it ruined the build up of the cute scene. At least for me.

Enjoyable despite some flaws

Though there are some frustrating things around the end of the series, it still managed to redeem itself before it all ends. I’ll never stop wondering about one of the things that never got cleared though (or did I miss it? What happened with Jiang Chen’s mp3 player that ended up with Li Wei?). In any case, the series is a loveable story of two people and their friends as they grow up. Definitely recommended to those who enjoy youth romance set on school.

(Oh, and how glad I was that I already read Agatha Christie’s And Then There Were None before because there’s an episode that spoils its ending.)