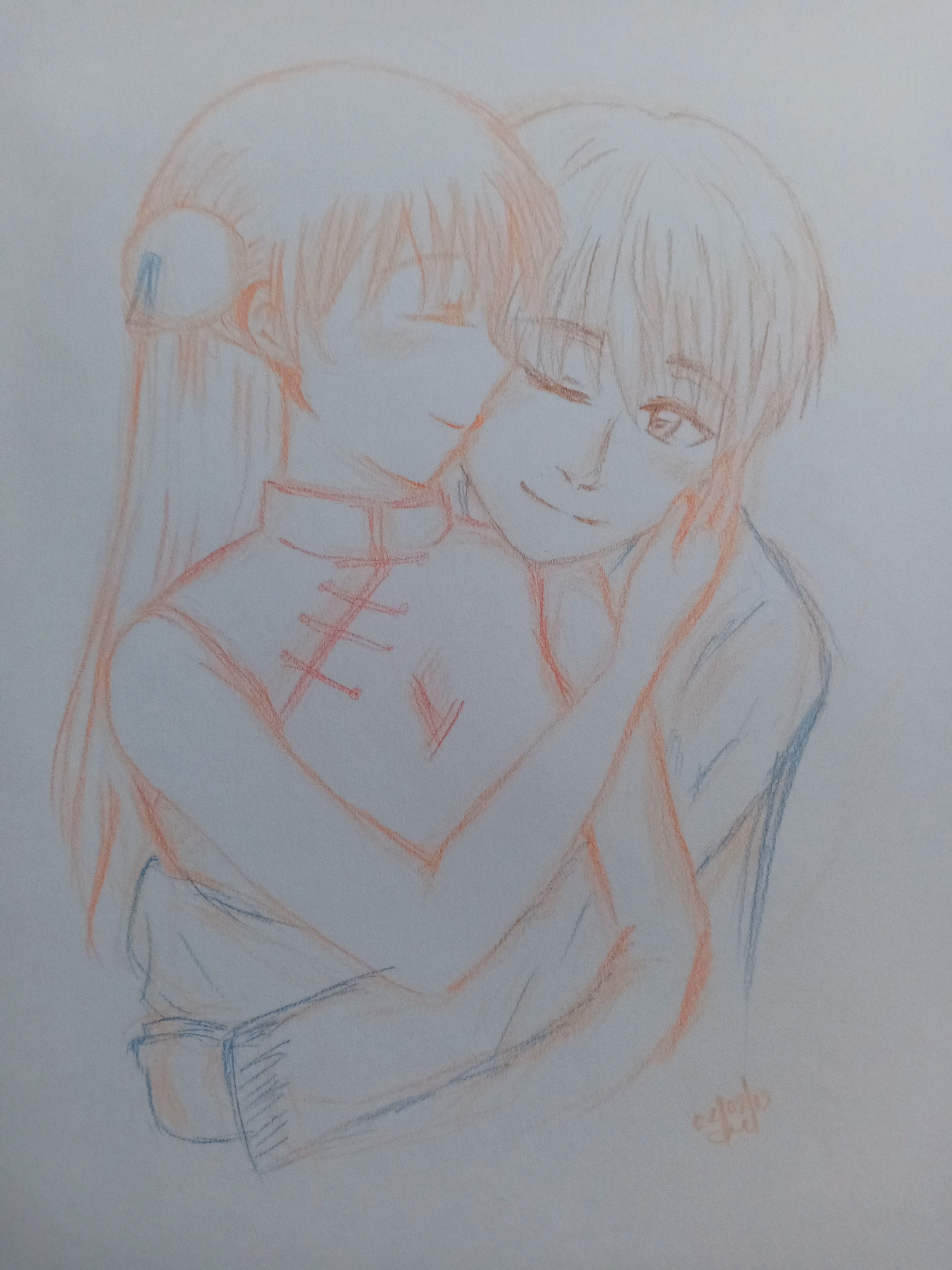 I was supposed to post fan arts of couples for every Friday of the month of February but I wasn’t able to make one last week. I just actually whipped this up earlier, too. Anyhow, here’s the first of them. It’s quite a messy sketch, though.

They’re Okita Sougo and Kagura of the series Gintama .

I adore these two so much! They’re one of my ships in the series. Okita Sougo is the first division captain of the Shinsengumi while Kagura is a member of the Yorozuya and a daughter of the Yato family. Both are strong and skilled and it didn’t take long till they got into each others’ throats.

It’s fun to watch them argue, throw insults at each other, and fight. What I love is that even if they are like that, they still have this awesome combination whenever they fight together.

Honestly, because the series don’t really mention ages much, it was only until I wondered (around 100 episodes in) what their ages are that I discovered that they’re actually 4 years apart, Kagura being 14 while Okita is 18. Even so, I continue to enjoy their scenes in the anime, as I ship their older selves. Good thing it’s not actually difficult to imagine as there are some episodes when their older selves are shown.

Reading OkiKagu fan fictions, I love it when either of them is jealous or when it’s angsty. (Though I love angst in general.) Of course, given that their characterizations are well-done.

One thought on “Feb Couple | OkiKagu”